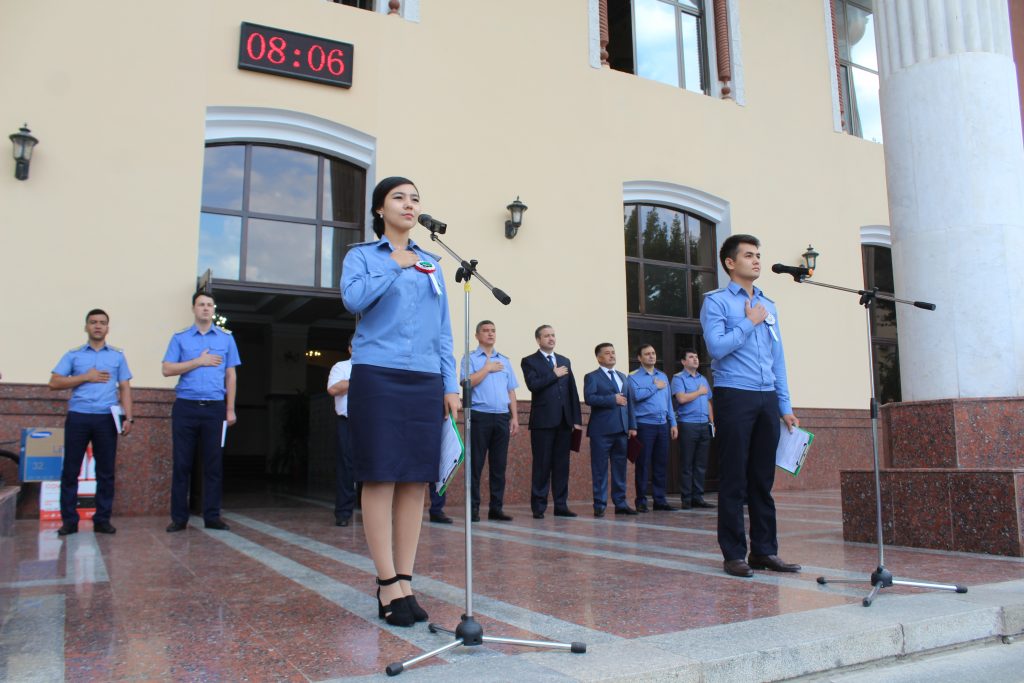 The beginning of the new academic year at the Tashkent Institute of Railway Engineers, with a solemn meeting with freshmen and their parents, has become a tradition.
Traditionally, an event is held on the main square of the institute in connection with the 28th anniversary of Independence and the beginning of the 2019-2020 school year under the auspices of “Live forever! My beloved Uzbekistan,” and also hold independence lessons on theme “Independence is a great blessing.”
The event is attended by Deputy Chairman of the National Company “O’zbekiston Temir Yo’llari” M.Tursunkulov, Head of Human Resources and Personnel Development M.Mamasidikov.
The event began with the anthem of the Republic of Uzbekistan. At the beginning of the event, the Deputy Chairman of the Board of JSC “O’zbekistan Temir Yo’llari” Utkir Tursunkulov sincerely congratulates the participants on the 28th anniversary of the independence of our country and wishes good luck to the staff and students of the institute. In his speech, he concludes with his recommendation that students first have a strong education, a role in the reforms of the railway system and in these changes, and that young people should be worthy of our independence.
After that, the rector of the Tashkent Institute of Railway Engineers M.Rasulov congratulated the participants on the beginning of the 2019-2020 academic year and noted the achievements and changes that have been achieved so far. In the new academic year, the institute thought about goals.
After the grand opening of the academic year, first-year students continues “lesson of independence” in the assembly hall.