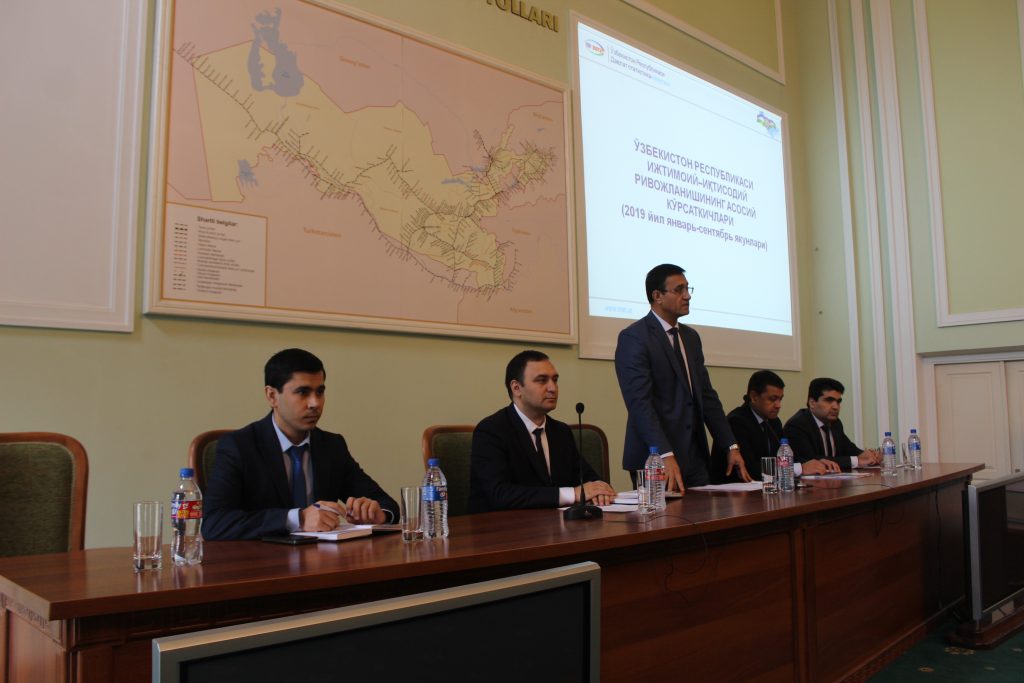 On November,1, a round table was held at the Tashkent Institute of Railway Engineers with experts from the State Committee of the Republic of Uzbekistan “Census of 2022 and the statistical data of Uzbekistan for 9 months”.

At the round table, the role of statistical data on the introduction of the advanced scientific achievements and innovations in assessing the effectiveness and sustainability of socio-economic activities was discussed.

Initially, the committee provided summary information on the general socio-economic situation in the country, as well as primary data that are important for scientific research.

Both participating parties also exchanged opinions on the need of cooperation with educational institutions in conducting large-scale national events and preparing the population for public opinion polls.

Information service of the Tashkent Institute of Railway Engineers