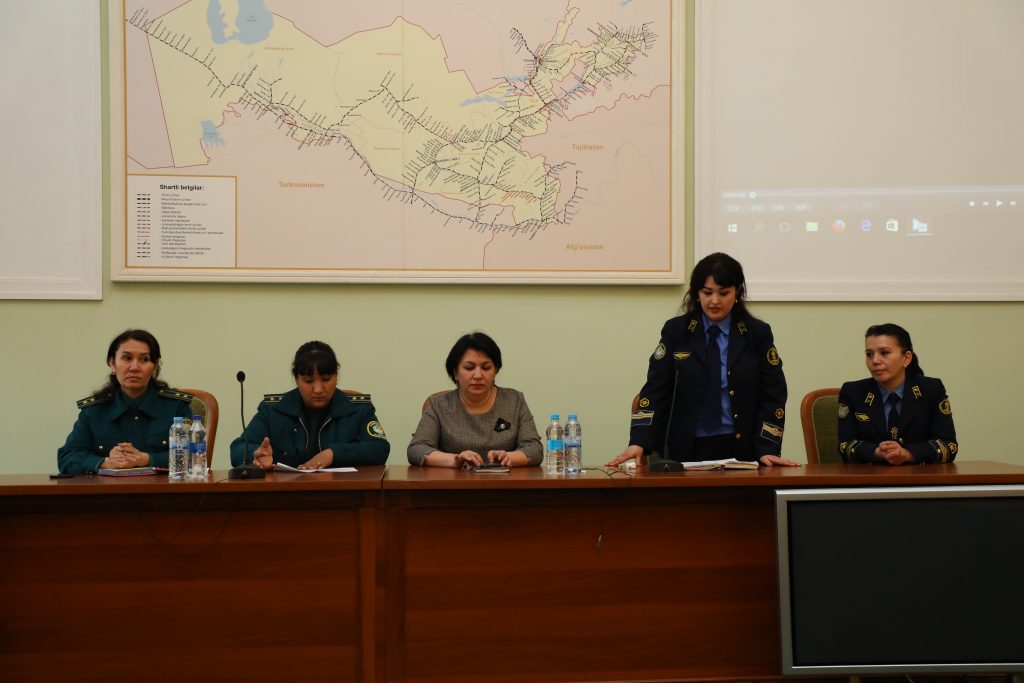 On February 4, the Tashkent Institute of Railway Engineers organized a documentary presentation with the participation of specialists from the Scientific and Practical Center “Oila” under the Cabinet of Ministers of the Republic of Uzbekistan.

It is no secret that the ongoing family crisis around the world does not bypass Uzbekistan. Unfortunately, young people, as well as their parents, have a higher share of the problem. Despite the fact that a lot of work remains to be done to prepare young people for family life, create a modern family, support young families and prevent separation between them, we still have enough problems in this area.

At the beginning of the event, students were shown a film about the causes of family disputes, conflicts and quarrels.

The expert of the Center for Family Studies under the Cabinet of Ministers Yakutoy Khakimova and the psychologist of the institute Rano Baratova discussed the film with students.

“Our youth never build a family, saying that I enter into an argument with my spouse or family, and in the end my family breaks up and we get divorced,” said Rano Baratova, a psychologist at the institute. – First of all, it depends on them that the well-being of young people in marriage is always accompanied by good wishes. Family divorce negatively affects the psychology of a person and his future. Family divorce is harmful not only to one person, but to all family members, as well as the life and mentality of close relatives.

The speakers spoke about the love and respect of the young family and that the differences between them ultimately ended in divorce. Young people were taught that before marriage they should understand how valuable and honorable the first marriage is when they are divorced, and that they can feel sadness and frustration after losing.