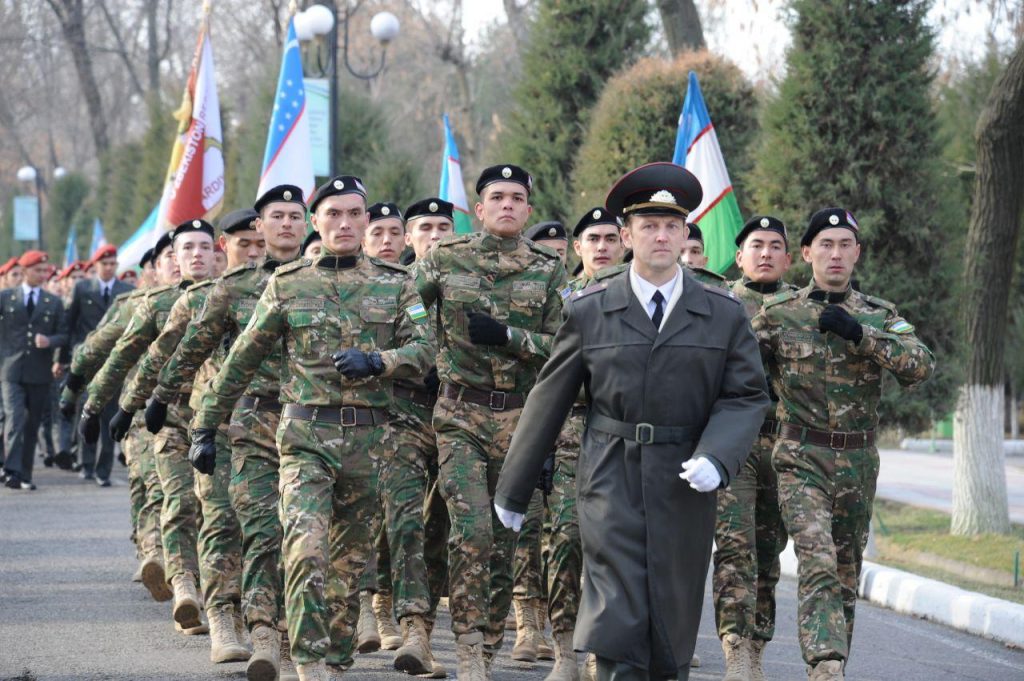 Today at the Tashkent Institute of Railway Engineers held an event dedicated to the 28th anniversary of the Armed Forces of the Republic of Uzbekistan and the Day of Defenders of the Country.

The event was attended by military units and paramilitaries located in the Mirabad region, the organization of defense of Uzbekistan “Vatanparvar”, military departments of higher educational institutions located in the region, representatives of the administration of the Mirabad region, pupils of grades 10-11 of the Mirabad district department of public education, cadets and military members of the Temurbek school and media representatives.

Military units and paramilitaries in the Mirabad region came to the front of the institute to the music of the “March”. The ceremony began with the “Anthem of the Republic of Uzbekistan”.

The organizers of the ceremony drew attention to strengthening the defense capabilities of the Armed Forces of the Republic of Uzbekistan, preparing young people to defend their homeland, promoting ideas of protecting the homeland among them, educating young people in the spirit of patriotism, focusing on popularizing sports, technical and applied sports among young people and holding various sports events.

The event included demonstrations of cars under the auspices of the Mirabad District Board of the Defense Forces of Uzbekistan “Watanparvar”, exhibitions and visual presentations of technical and practical sports, such as auto and motor sports, “Karting”.

There were also visual presentations by athletes and martial arts.

Speakers at the event clarified that successive reforms led by the President, Supreme Commander-in-Chief of the Armed Forces of the Republic of Uzbekistan Shavkat Mirziyoyev contribute to further enhancing the combat readiness and military potential of our national army, introducing modern military techniques and technologies, about defense reform in Uzbekistan, their main tasks, places and roles.

Cooked dishes from the military kitchen were distributed to the audience.