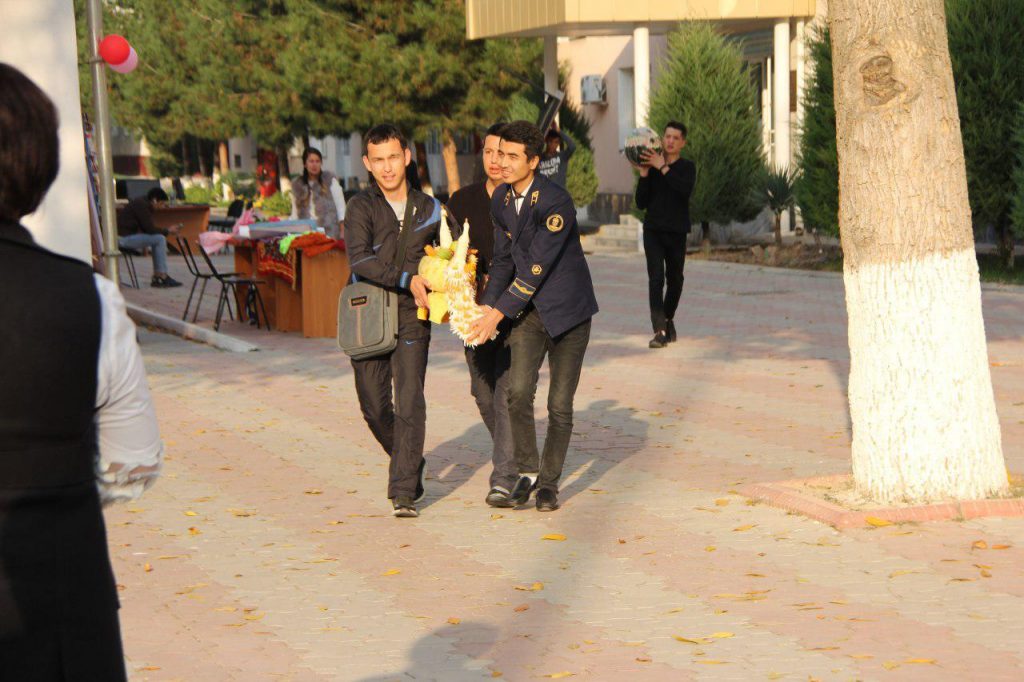 On October 25, 2019 at the Tashkent Institute of Railway Engineers celebrated the holiday “Mehrjon”. A traditional folk festival, initiated by campus activists, is embodied in the hearts of students as a symbol of unity and solidarity.

Festive preparation for the celebration in the campus of the institute was of great importance. Exhibitions demonstrating the rich natural resources of our country, national cuisine, reflecting the traditions of the region and the work of our talented students, became the decoration of the festival.

The purpose of this event is to further popularize our intangible cultural heritage and popularize the cultural life of our people, ”said Jasur Khidirov, Director of the campus. – Such ceremonies play an important role in the formation and promotion of creative skills among students. Peer work is a school for every youth.

Those who took part in this event spoke about the importance of the holiday “Mehrjon”, which has been celebrated for thousands of years, and its role in our lives, especially after independence, as a national holiday.

The activities of the Institute’s circles in the fields of art and science, as well as the visual presentations of sports clubs within the framework of 5 important initiatives of the President of Uzbekistan attracted the attention of students. Students’ exhibitions and creative works were evaluated between faculties and winners were awarded.

The results of the Uzbek national dish – pilaf contest were evaluated by the jury as part of the “Mehrjon” holiday program. National dishes prepared by students were divided among the participants.

During the event, students welcomed and congratulated all participants and guests of the festival.