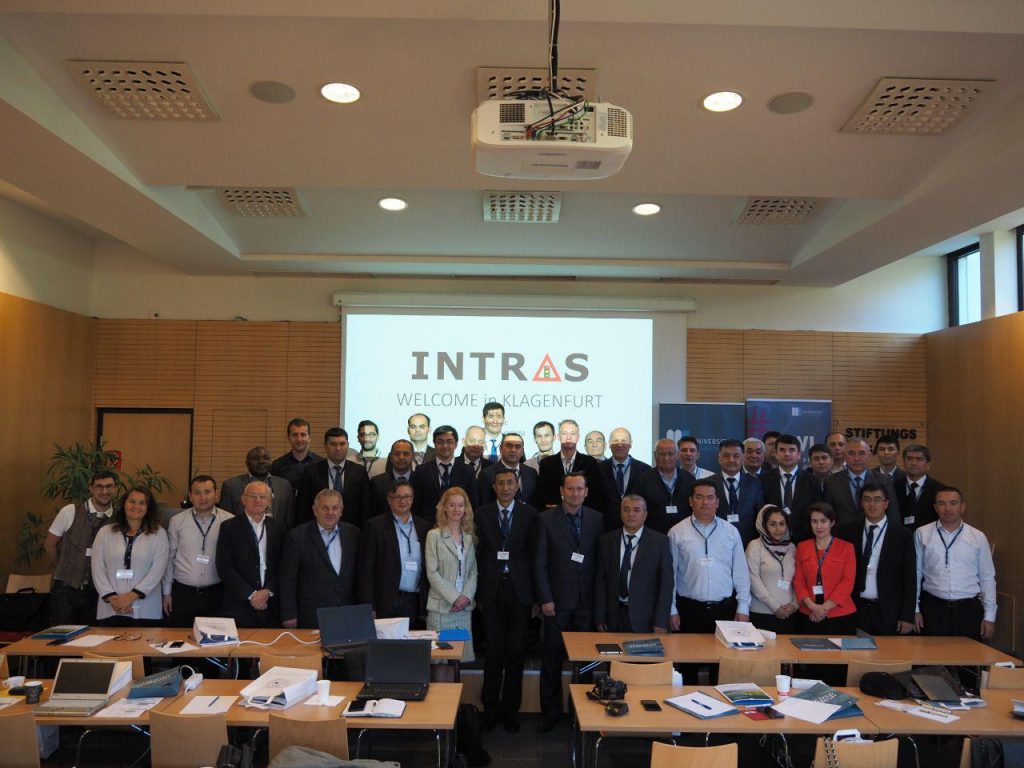 The delegation, led by the rector of the Tashkent Institute of Railway Engineers Marufjon Rasulov, took part in the next seminar on the project “Intelligent transport systems: a new master’s program for ICT in Uzbekistan”, which was held October 21-25, 2019 in Klagenfurt, Austria.
Maciej Sawicki, project manager, professor at Gdansk University of Technology, Kyamakya Kyandoghere and Wojciech Kustras, scientists from the University of Alpen-Adria-Klagenfurt, Miroslava Mikusova from the Slovak University of Zilina, professors and teachers of higher educational institutions in Uzbekistan, as well as representatives of the Ministry of Secondary Special Education participate in this seminar.
In a process of the seminar, Ulugbek Isroilov made a report on the implementation of the project at the Tashkent Institute of Railway Engineers. During the seminar, Associate Professor Matlyuba Khodzhimuhamedova presented a video lesson on the subject “Transport Systems. Fundamentals of Flow Management and Planning”.
Within the framework of the project, the TASHIRE delegation moderated scientific seminars with the participation of professors and students of the University of Klagenfurt. Reports on topics “Methods for increasing the capacity of the railway” (moderator- Marufjon Rasulov), “Methods for substantiating and eliminating the technical problems of freight car parts” (moderator- Yodgor Ruzmetov), ​​”Geometry of semi-Euclidean spaces” (moderator-Abdullaaziz Ortikbaev), “Innovative technologies in the organization of intermodal transportation” (moderator- Matlyuba Khodzhimuhamedova) and “Electric sensor for spectral analysis of an asynchronous traction motor” (moderator- Ulugbek Israilov) were heard with great interest and with Ali the subject of constant debate.
The results of the workshop were documented by certificates.
During the visit, a Memorandum of Understanding was signed between the Tashkent Institute of Railway Engineers and the University of Klagenfurt.
For information:
The main goal of the project is to create infrastructure and systems for training next-generation engineers who will be able to solve local and regional transport problems in the field of public administration, industrial and private consumption in Uzbekistan.
The main objectives of the project:
• Develop a new master’s program in the Intelligent Transport System (ITS).
•Capacity building of universities in Uzbekistan in ITS.
•Creation of ITS on the basis of ICT of 6 universities in Uzbekistan.
•Establish links between universities and public organizations / institutions.
Expected Project Results:
•Creation of new master’s programs in ITS for universities of Uzbekistan;
•Development of a scientific educational complex consisting of 12 courses that meets EU standards for universities in Uzbekistan;
•Creation of 6 training laboratories equipped with modern equipment for conducting experiments in the field of ITS.
Source: News of the Department of Foreign Relations