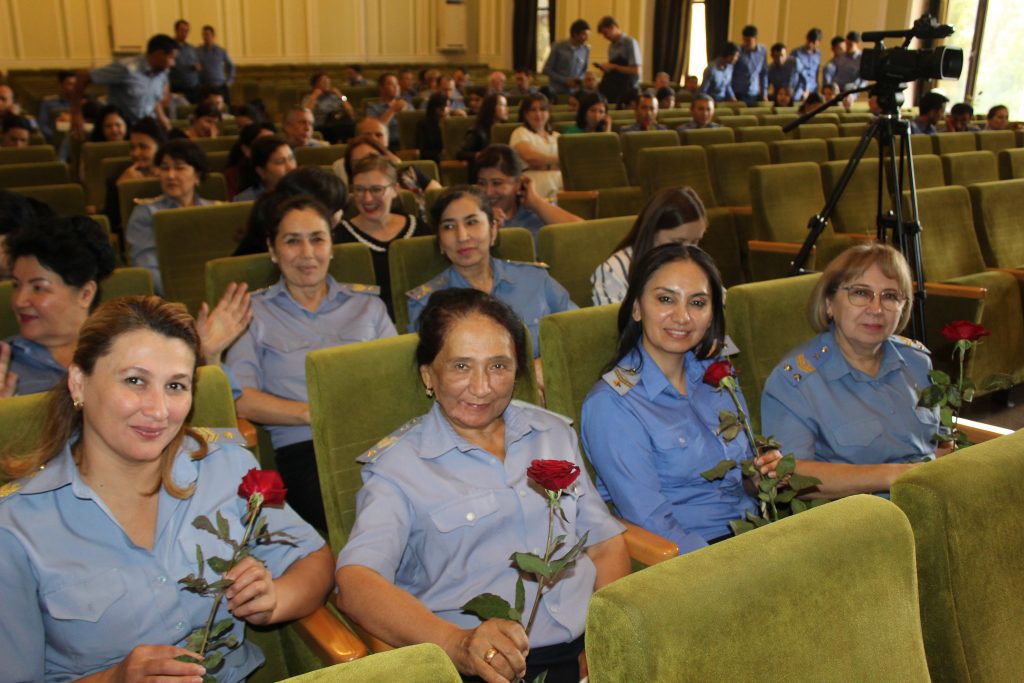 The upbringing of young people with deep spirituality, high intellectual potential in many respects depends on selfless mentors and devoted teachers. On the eve of October 1 – Teachers and Mentors Day, memorable evenings and scientific seminars are devoted to the role and responsibility of teachers in teaching the younger generation.
Today, September 27, in the assembly hall a solemn meeting dedicated to the national holiday was held. It was attended by employees of the institute, honorary professors and teachers, as well as the leadership of JSC “O’zbekiston Temir Yollari”.

The Institute’s management conducts a number of educational projects and creative contests aimed at improving the qualifications of professors and teachers.

The winners of the competitions held in September, winners of sports events, active professors and teachers were also awarded.

A concert was arranged with students performing at the primary organization of the “Youth Union”.

The event was attended by the head of “Human Resources and Training” of the joint-stock company Mukhsin Mamasidikov and the head of the same department Akhmadzhon Mavlyanov and Ph.D. Samantha Chadwick from the USA.