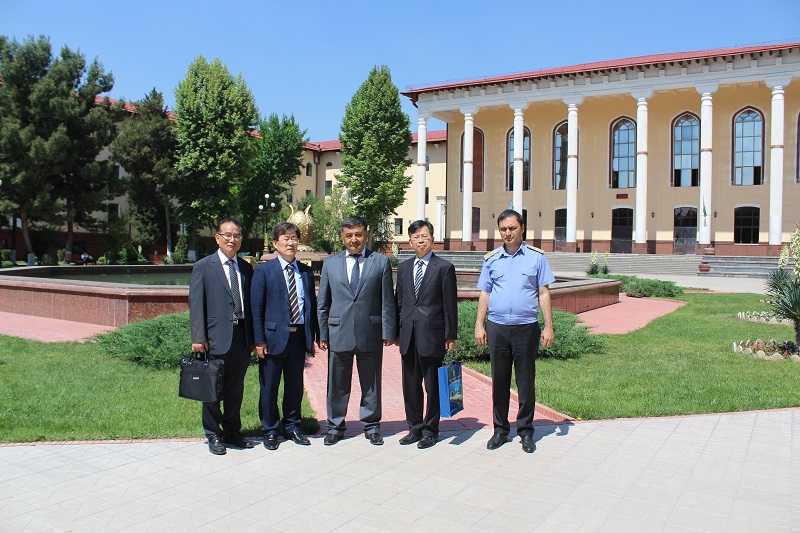 On may 4, 2018, the Tashkent Institute of railway engineers was visited by a delegation of the Korean research Institute of Railways headed by Vice President, chief research officer of EUM Kieng.

Guests were greeted by rector of Marufdjan Halilovic Rasulov, as well as Vice-rectors Tashkent railway transport engineering Institute. In his greeting, he stressed the fruitful cooperation with universities of the Republic of Korea in the framework of The international Association of transport universities of Asia-Pacific region (MATU APR).

During the conversation, the parties discussed the possibility of establishing cooperation, including the organization of short-term internships of young scientists in the Republic of Korea and the Republic of Uzbekistan, training on double degree programs. An agreement was reached on the exchange of scientific information and materials, scientific and educational literature. The parties also agreed on the joint participation of teachers and researchers in international educational research programs and projects.